A popular Oriental takeaway chain has secured £190,000 in government tax benefits after spending hundreds of hours fine-tuning its recipes and improving kitchen processes. 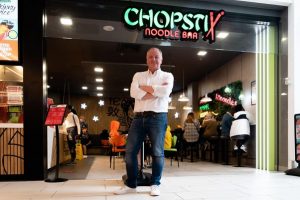 Chopstix Group has 70 noodle bars nationwide and serves 5million meals a year. It is diligent about quality and consistency, and spent hundreds of thousands of pounds refining its menu, improving processes and making its recipes easier to mass produce.

Because none of the solutions it was seeking were obvious, all this hard work qualified under the Government’s R&D tax credits scheme, delivering the company a well-earned cash injection that it has been able to reinvest in the business.

The quick-service takeaway chain has split its R&D between product and process. It concentrates on creating destination flavours for diners to generate a loyal following among consumers who regularly return craving their favourite dish.

Part of the R&D that Chopstix has performed involved improving the recipe of its famous curry sauce so it could be mass produced for its rapidly growing empire without sacrificing flavour and quality. Other work has included perfecting the potato starch coating on its wok-fried chicken so it tastes better and holds on more securely, and a second unique batter specially designed for one of its prawn dishes. The company also looks forward to launching a ‘cauliflower rice’ this year, after taking the dish through development over the last 12 months.

Work on the Chopstix curry sauce alone took nine months. The cooking time had to be spot on, and reliability of supply for some of the ingredients in its secret recipe was also a huge factor. This meant the recipe had to be improved so some ingredients could be swapped out for others.

New business processes, as well as products, can qualify for R&D tax credits too and Chopstix has made progress there as well. The chain worked to increase the efficiency of its restaurants by de-skilling cooking processes, improving the ergonomics of its kitchens and, consequently, raising the levels of taste, speed and efficiency.

R&D tax credits were introduced by the government in 2000 to incentivise innovation, and result in either a reduction in a limited company’s corporation tax bill or a cash lump sum.

“We’ve re-engineered a number of our dishes because, while it takes skill to create great flavours, it takes even more know-how to ensure that they can be mass produced and kept consistent. We’re serving millions of meals a year and customers want to know that they can get the exact same product they love no matter what branch they walk into.

“That’s one of the key challenges in the quick service restaurant sector but R&D tax relief, and the extra cash flow that it has effectively created, has helped us to invest fully in this area. This has helped us to strengthen our proposition heading into one of the most difficult and competitive periods the restaurant industry has ever faced due to the pandemic.

“We’re most proud of our curry sauce. It’s a magnet for our brand but as the number of our outlets grew rapidly, we needed to make changes so it could be produced at scale while retaining that must-have flavour. It took nine months to get that right. The cooking time was a big factor as some ingredients react differently if cooked for too long.

“It was a huge undertaking but well worth it. Single dishes that people return for time and again have the power to make or break businesses in this industry and we know the power of that.”

“Chopstix is a great example of how food industry experts can take just as much advantage of R&D tax incentives as firms working in spheres that are more traditionally associated with technical innovations, such as aerospace and pharmaceuticals.

“The reality is that the R&D tax credit scheme creates a very level playing field for companies in all sectors but many still aren’t claiming their entitlement. With the aftermath of the pandemic threatening to make itself felt in the economy for years to come, it has never been more important that they do.”